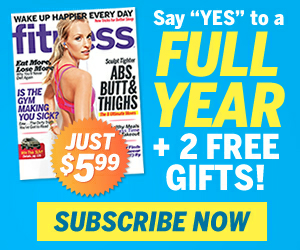 The medical sector is one particular area that experiences the ever-changing nature of new types of sicknesses that affect people. The need to identify and find ways of dealing with them has triggered a lot of studies that are aimed towards coming up with measures of controlling new diseases. Mental and eating disorders are some of the health issues that some family members face. These include Anorexia and Bulimia which are common disorders that many people find difficult to discover them. There is need to create awareness to inform and educating all to place them in a suitable position of knowing what they are undergoing.

Anorexia is an eating disorder that is associated with eating deficient amounts of food and extending further to starvation. It is also termed as a mental disorder in which victims opt not to eat while thinking they are offering a piece of self-control to themselves especially when they feel they have nothing — a big percentage of those undergoing this condition mostly end up dying because of severe poor health conditions. Most noticeable signs and symptoms of anorexia include extreme thinness, change of the skin color which mostly turns yellow, periods that are irregular in women, lower amounts of testosterone production in male and feeling weak and exhausted. This health disorder has dangerous effects provided it is not diagnosed and treated in good time. It has many psychological effects and inflicts bad thinking behaviors like committing suicide by the victim. The disease can also lower the blood pressure to abnormal levels and expose the individual to dangers of heart attack diseases.

Bulimia is also another type of disease that is characterized by eating extremely large amounts of food. However, this might seem normal in some circumstances; the victim undergoes frequent vomiting immediately after taking in some food and even purges when they have not eaten anything. A number of these individuals tend to be more secretive, and most times they will end up spending their time hiding in toilets, a place where they will settle their vomiting problem. It is possible to tell if your partner or a close family member is suffering from bulimia especially when they take much of their time at the Jim or in the bathrooms. You can also monitor the talking behavior of those you love and be able to tell if they are victims since they often speak about things related to weight and appearance. Women are the more likely people to be affected by bulimia when compared to men.

It’s an obligation for everyone to inform and educate people about anorexia so that they can get early treatment to save their lives. Putting posters in toilets where most of these victims spend their time is a very great step that will promote the awareness of these disorders. Advertisements should also be made even in the social media about identifying common signs of anorexia and bulimia.

Best flushing toilets from http://www.thebestflushingtoilet.com should be acquired by nearly all people for efficiency in order flush off all the waste more effectively. These best flush toilets include the Kohler Highline classic and Toto Ultramax 2 which give the best results. They are more durable with second toilet piece. Additionally, the flushing system is robust, a property that makes them last longer.